The Geisha’s Transformation Over Time 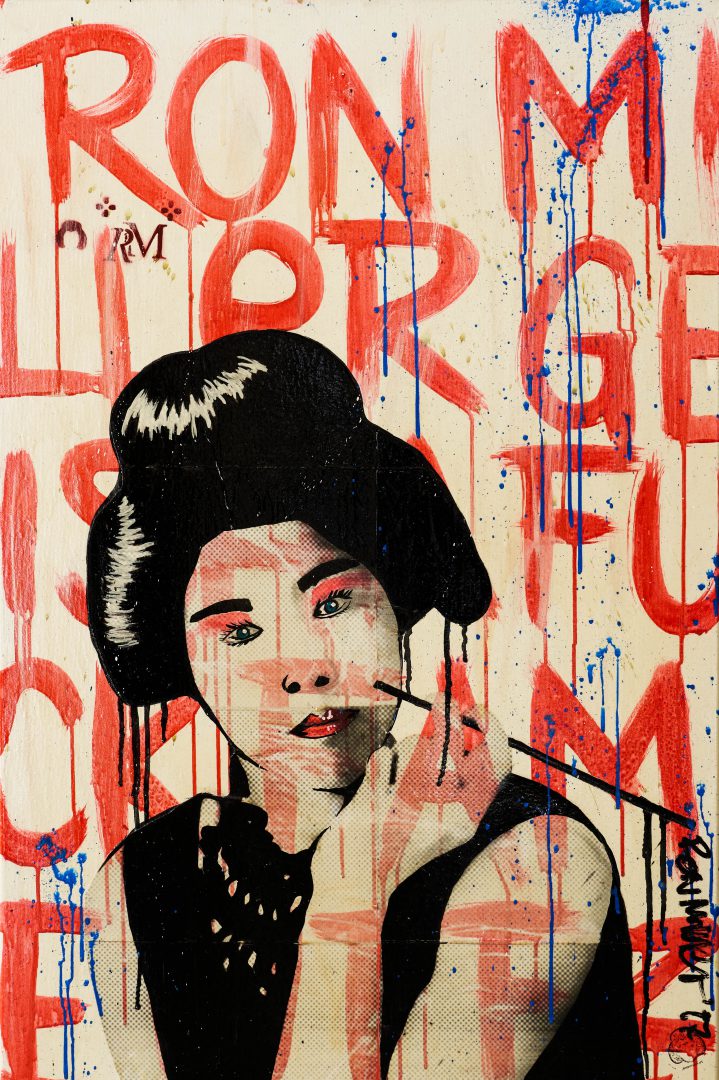 How it all started

When we started to paint together, we knew we had to have a main character in our visual stories, some kind of a figure who would be present throughout our art works as a type of a hero. Since we love to look over vintage things for inspiration, one day we were at a flee market and we discovered an old illustration of a Geisha. At that moment, something clicked and we chose her to be the main motive in our paintings.

Honestly, we don’t know why the Geisha, it could have been any other character! In retrospect of course we are happy with our choice: the mysterious character of the Geisha has indeed inspired many of our paintings, where we played around with the concept of her being limited and even prohibited to self-express her uniqueness and individuality, in contract to the obsession with self-expression and individuality in the West.

We started with the Geisha being quite traditionally drawn: with that hairdo, the make-up, and the kimono. We first experimented with her outfit, dressing her up like a doll in different costumes, depending on the occasion. Then besides the dress we began to change her context: not only through the choice of the background and symbols included in paintings, but also through giving her different objects that made various pop culture references.

Minimalism in the Geisha’s Current Representation

Currently, the Geisha character is more of a trademark, a feature that we use to create recognition of our work. We want people to see her and think ‘Ron Miller’, focusing more on what she does instead of who she is.

The Meaning Behind it All

The Geisha to us represents this post-modern cosmopolitan urban figure with various identities, depending on the context and situation: one day is like this, another day is like that, in fact, every moment is different! Is there one original and true identity? We do not provide the answer to that question. 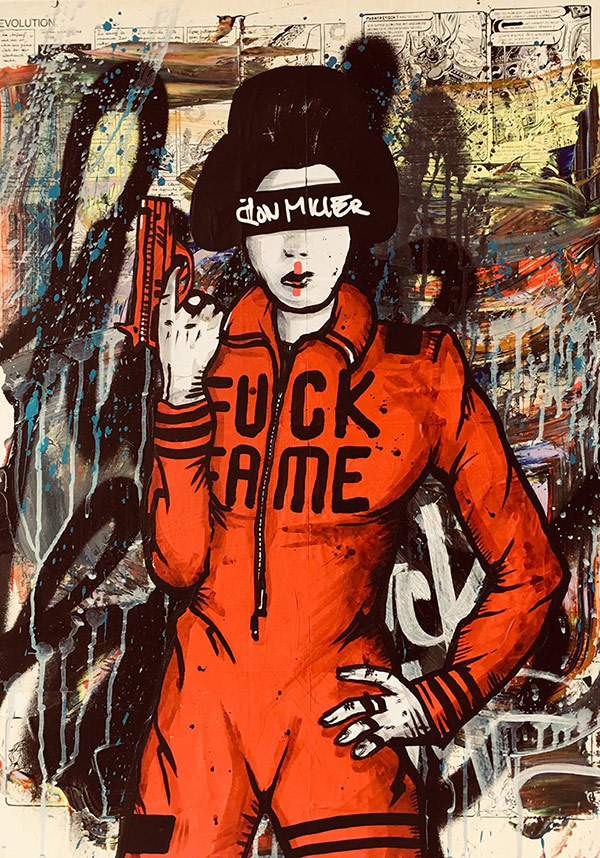